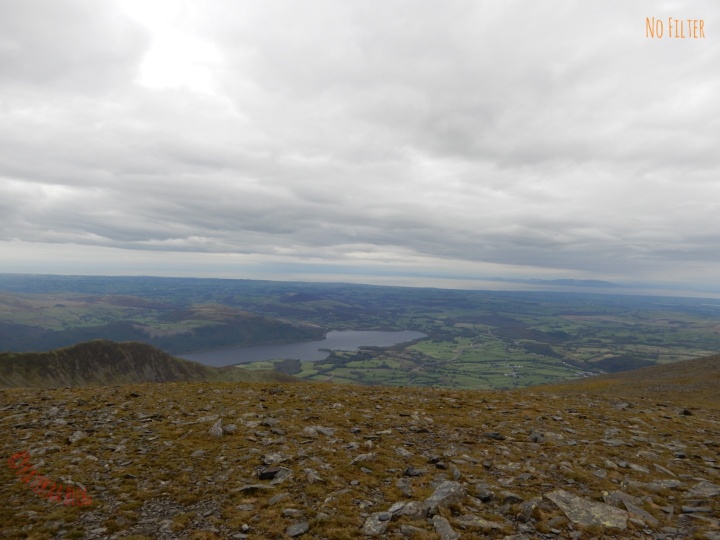 After day 1 I was pretty knackered to start with, but a good night sleep helped a lot.

I woke up too early and fell asleep again so I tried to eat and pack as fast as I can and ended up being first ones ready outside to my surprise ready to roll again.

Our route today started from the hotel so walked through the town to the starting point (of the route map) from where I started tracking the hike. First few kilometers were around 100 meters above the sea level through farm lands among sheep. Until we reached the start of the ascent.

Ascent was pretty steep right from the start so the poles became a necessity. We paced our queue steady and easy which really helped to keep my heart rate down (use less energy = use less oxygen) and not get too excited again.

The views were great already from there to the village at around 500 meters. Path was good gravel path a bit steep, narrow and rocky at times, but generally manageable especially with poles.

We stopped for lunch at around 726 meters at this saddle between the path up to Skiddaw and the path that would lead down through Long Side. Some great views to the Irish sea and Scotland from there!

After lunch break we still had over 200 meters to go and here the path turned into a really steep slate covered path. The slates practically slid under you at times and we had to move really steady and almost synchronized up. I loved our team work here as we went along like little ants up with our poles in sync.

This leg was hard and even a bit scary at times as the possibility to simply slip was higher than previously. The slope was also a lot more steep ascent than before. We managed this really great and by the time we got up it was so windy we could hardy stand up.

Due to this particular section I would not recommend this route to anyone without poles and if you are scared of heights. You are pretty exposed here and the slope is steep and long.

When you finally get the to the top, the saying the kids often use on the longer car journeys would fit which is “Are we there yet?”.

Nope we are not there yet! Still down a bit a another short hill and up and _then_ we are there.

It was so windy at the top that I could hardly hold on to my camera so it would keep still and the mist/fog kept coming and going sweeping the top so quickly that we had hard time getting the cameras up and then there was another misty cloud again.

When it did clear up again the views were worth climbing to all directions.

Down hill it was again very easy and wide path with a few steeper sections, but nothing too bad. Again the poles were are a must to anyone with knee issues to help take the weight off them going down.

On the way down we had more time to talk and get to know each other which was really great as the way up everyone had concentrate so much more that we could not really chat that much.

Second “lunch break” was held at around 550 meters with spectacular views and this cute dog who decided to rather stay with us than follow his master probably because we had food!

And last but not the least the best view from the toilet I have had for a while below!

Tomorrow a bit easier last day up to Cat Bells!

That can be done via below link. Every euro counts and you can sponsor with your name or anonymous. All profits to Unicef UK. Thank you for your support in advance! 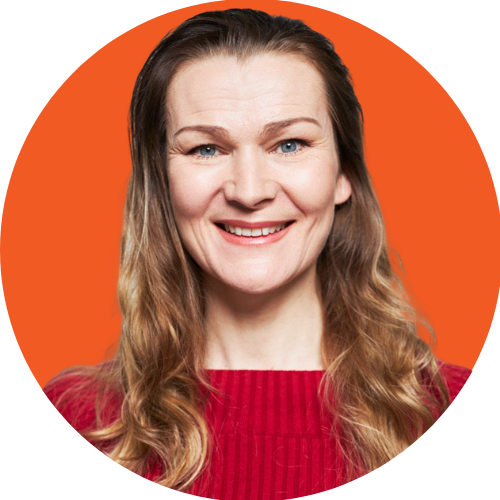